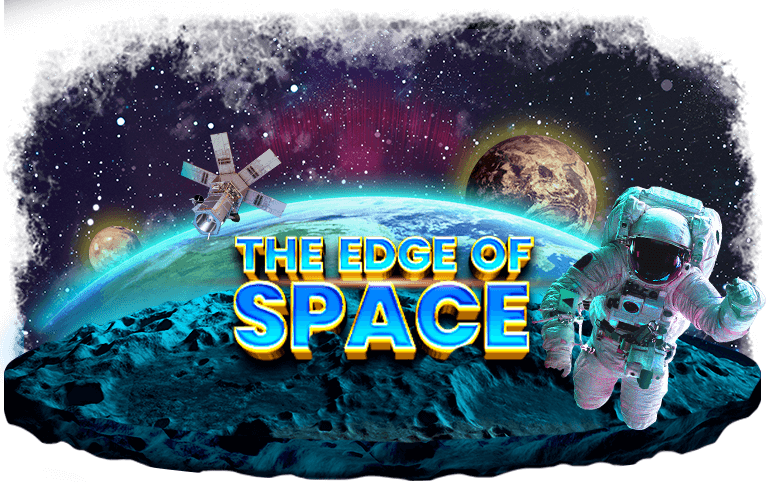 Win a trip for two to Lapland!

The third and final part of Pragmatic Play’s Edge of Space series of tournaments is on the launch pad and ready to blast off. Hop aboard our Sleigh Ride to the Stars tournament for an interstellar journey that will take one lucky winner and their guest to the heart of Lapland, to hang out with huskies, and sleep in their very own igloo under the stars.

We’ll whisk you away to a winter wonderland, where Santa and his elves are waiting, treat you to traditional Finnish fare, and go hunting for the Aurora on the back of a snowmobile. But if the idea of all that snow leaves you cold, there’s a cool $30,000 worth of cash prizes up for grabs.

All you need to do is opt in through the pop-up window in any of the qualifying slots and then make cash wagers of $0.50 or more. Tournament games include: Sweet Bonanza Xmas, Hercules and the Pegasus, Pirate Gold, Caishen’s Cash, Tree of Riches and many more besides. Check the terms and conditions for the full list of qualifying games. The player with the highest single spin win, adjusted for bet value, will win the first prize!

If you’ve been playing along so far, you’ll know that there’s a Grand Prize for the player with the highest score out of all three tournaments. That doesn’t mean newcomers aren’t in with a chance, so get spinning and you could win a Zero Gravity Experience for two, taking you from the runway into the upper atmosphere to experience weightlessness on a parabolic flight used to train astronauts!

Terms and conditions:
1. This promotion forms part three of the Edge of Space promotion.
2. Sleigh Ride to the Stars promotion period: 03/12/2019 10:00 CET – 10/12/19 23:59 CET
3. Qualifying games (mobile and desktop): Sweet Bonanza Xmas, Hercules and the Pegasus, Aladdin and the Sorcerer, John Hunter Scarab Queen, Ancient Egypt Classic, Pirate Gold, 5 Lions Gold, Lucky New Year, Super Joker, Fire Strike, Caishen’s Cash, and Tree of Riches.
4. To participate in this tournament, you will need to opt in once via the pop-up window in any of the qualifying games.
5. Minimum bet to participate is $0.50 or currency equivalent.
6. Only real money spins will qualify for tournament prizes.
7. Your score on the leaderboard is based on the highest single spin win amount on any qualifying game, adjusted for bet value.
8. In the event that two (2) or more players finish the tournament in the same leaderboard position, the player who scored first will receive the higher prize.
9. Prizes consist of $40,000, which includes 1x The Igloo Under the Stars VIP trip, and 999 cash prizes valued between $10 and $5,000.
10. Igloo Under the Stars is a VIP trip for two (2) and consists of: Economy class return flights from Europe and Asia to Ivalo, Finland; private return transfers from the airport to Kakslauttanen Arctic resort; Four (4) nights’ accommodation in a large glass igloo under the stars; the temperature in the igloo is set at around 21°C in order to stay cosy; private 2-hour husky Safari Experience through the winter wonderland; get into the Christmas spirit with a private visit to Santa’s home; Traditional 3-course Lappish dinner for two; Ice swimming followed by a traditional Finnish smoke sauna; 3-hour Aurora hunting experience on snowmobiles; $500 spending money.
11. To be eligible for the Grand Prize, you will need to have opted in, and qualified for, at least one Edge of Space tournament, and must rank within the top 1000 players on the leaderboard for the tournament.
12. The player with the highest combined score of all points collected from at least one tournament leaderboard will win the Grand Prize.
13. Edge of Space Grand Prize is 1x Zero Gravity Experience for two (2), including: Return premium economy flights for two from Europe and Asia to Miami, Las Vegas, Los Angeles, or Orlando; Luxury airport lounge access in each direction; Private return airport transfers in the USA; 7 nights' stay at an exclusive five star hotel, including breakfast; A helicopter ride for 2; 3 course dinner at a Michelin star restaurant; Drive a supercar on a professional racetrack (subject to availability); A GoPro Hero 7 Black with accessories; A Zero Gravity flight for two - experience a weightlessness flight with 15 parabolic maneuvers; Zero Grav merchandise; pre & post flight catering; Professional photos and video; Private return transfers to and from the Zero Gravity take-off location.
14. In the event the tournament prize or Grand prize are not available for delivery to the winning player, or if the winning player opts for a cash equivalent of the prize, then a cash alternative equal to approximately 93% of the total cash value of the prize will be awarded to the winning player.
15. Winning players will be informed within 3 business days following the end of the promotion.
16. This is a network promotion visible in the in-game layer, and winners will be awarded from across the Pragmatic Play network.
17. This promotion is only available in jurisdictions where the participating games are available.
18. Vera&John and Pragmatic Play reserve the right to not pay out a prize where the win results from any obvious error, mistake, or technical fault (including incorrect game payouts), whether caused by a machine or human error in respect of any of the participating games. We further reserve the right to not pay out a prize where, in our opinion, the win results from cheating or collusion with other players.
19. Vera&John and Pragmatic Play reserve the right to end, alter or suspend this promotion at any time.
20. General promotion terms and conditions apply.
21. General terms and conditions apply.

Provider of the month

Fate of the Gods

Fire In the Hole

Fire In the Hole

Get the Gold Infinireels

Age of the Gods: King of Olympus

Age of the Gods: Wheels of Olympus

Age of the Gods: Spin a Win

Age of the Gods: God of Storms

Age of the Gods: Maze Keeper

Age of the Gods: God of Storms 2

Slingo Who Wants to be a Millionaire

Are you sure you want to quit now? If you're having problems with the registration process, please feel free to contact us.

Are you sure you don’t want to save your subscription settings? If you’re having problems with our registration process, please feel free to contact us.

Complete my settings
Skip this step